Xiajin has the country's only hometown of fruit, geographical indications products, China's major agricultural and cultural heritage, the national 4A-class tourist attractions and a series of titles. Relying on the millennium Mulberry tree, Xiajin vigorously develop the mulberry industry, so that the whole fruit is a treasure crop, as a characteristic travel goods to all parts of the country, and even as a medicine to go abroad.
Millennium Gu Sang bring economic benefits
Xiajin Ancient Mulberry Group covers an area of 6000 mu, Teng Long Sang, Wolong Sang and other ancient trees have more than 1,000 years of cultural history, more than a century legacy of more than 20,000 old trees, located in the ancient course of the Yellow River ancient mulberry tree core protected areas covering West Yan Temple , East Yan temple, Wen Xin Zhuang 12 villages.
The locals once described the mulberries as "not long legs" because of the difficulty of storing the fruits. Even recognizing the windbreaks and sand-fixing functions and edible value of Mulberry trees, the mulberry trees that occupy a large area in the eyes of locals cut off their "wealth road." At the end of the last century, mulberry trees suffered large-scale deforestation and were replaced by cotton, a more economically recognized crop by local farmers.
Until 2006 Xiajin County Tourism Bureau was established, this situation can be improved. "We recognize that Gu Sanglin is a baby and great efforts must be made to protect it." Introduction of the person in charge of Xiajin County Tourism Bureau. The second year, Xiajin Yellow River Scenic Area Development Management Office was established in the Yellow River Forest Road.
"Protection of ancient Mulberry Park, the construction of new Mulberry Park", which has become the basis for the development of mulberry industry. "Mainly rely on the new tree economic development, and guide people to new mulberry trees in the new species." With the emphasis on and protection of ancient Mulberry culture, Xiajin has applied for "the only country of fruit", Xiajin mango geographical indications products, China's important agriculture Cultural heritage and other titles, tourists from all over the world have also been attracted by this spectacle.
In 2006, mulberry price of only 0.4-0.6 yuan / kg, the price of local mulberry has now doubled 10 times. "In recent years, the industry has drawn momentum and more and more tourists came to buy mangos and peasants can wait for money at their doorsteps."
Today, Xiajin annual output of fresh fruit 14,000 tons, of which the ancient mulberry annual output of 7,500 tons, 3,000 tons of fresh fruit sales, mainly to Beijing, Shijiazhuang, Jinan, Qingdao and other places. A small amount of fresh fruit is sold to Shenzhen, Xiamen, Harbin and Shenyang by air transport. At the same time, Xiajin 椹 dry output of about 1,500 tons, mainly for medicinal herbs market, exports of South Korea.
Depth development to promote industrial development
Mangosteen is a treasure, but because of intolerance storage downstream products "fragile." Each year, the fruit is concentrated in a period of less than one month, and the purchase of handicrafts by the handicraftsmen is extremely perishable and lacks adequate research and development time. Let the whole mulberry trees really "long legs" go out, the development of secondary and tertiary industries is inevitable.
This year, an area of 10,000 mu of mangosteen cold storage and freeze-drying workshop is about to be completed, which will solve the problem of mango difficult to store. In addition, 10,000 mu of fruit forest, 10,000 tons of fruit wine and fruit beverage processing production base is also in preparation. Promote the use of all elements of mulberry, Xiajin spare no effort.
Xiajin's mulberry industry, driven by the tourism industry, already has a certain reputation and industrial base, but there are also problems worth noting. Products should be 'big and bulky' and close to the audience in refined products.
Dig deep into resources and take the ecological path
During the 10th Mangosteen Eco-Cultural Festival this year, Xiajin carefully planned and planned the "Top 100 Brigade" project. Through "100 Media Interviews," "100 Poets," "100 Artists Lianchuang," "Baiyin Jianlv League" And other activities, fully tap the mulberry tree brand and resource value.
The total area of 128000 acres of the Yellow River National Forest Park, the forest coverage rate of 61.8%, more than a century more than 200,000 ancient Suanzao, in addition to the ancient jujube tree, ancient hawthorn, ancient almond trees. With the baptism of time, the value of these ancient resources precipitated more lucrative.
On June 5, the fourth "Global Important Agricultural Heritage" (China) Working Conference opened in Xiajin. From the Ministry of Agriculture, Chinese Academy of Sciences, Shandong Provincial Department of Agriculture and Zhejiang Province, Jiangxi Province, 11 representatives of the heritage of the ancient mulberry group of important agricultural heritage protection and development issues were discussed. Following the 2014 appraisal of China's important agricultural heritage, this year, the ancient mulberry trees in the old course of the Yellow River in Xiajin will impact the title of "Global Important Agricultural Heritage". Xiajin County seeks for growth in the valuable legacy left by its ancestors, injects new momentum, continues to update concepts and improve mechanisms to integrate the protection and utilization of agricultural and cultural heritage into the construction of eco-tourism and promote the sustainable development of agriculture and tourism. 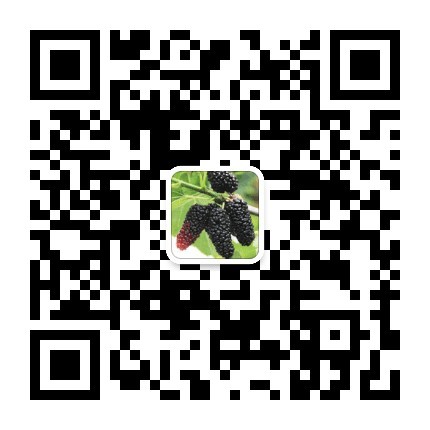